Tufted Titmouse carries a seed from the feeder.  Titmice are closely related to Chickadees. As early as the 1300s the name Titmose was in use in England, by combining the Middle English words tit (meaning small) and mose (meaning bird) - literally "small bird". After a century or two, this became Titmouse. Early Europeans in North America used the name titmouse for Chickadees, as well - for example, in 1840 Audubon wrote about the Black-capt Titmouse.l 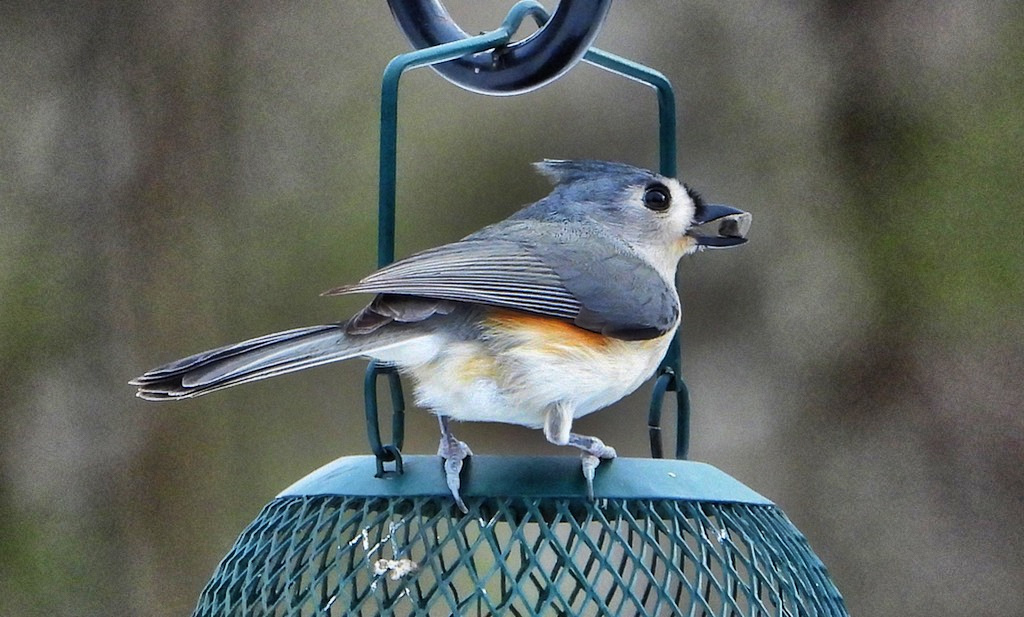