Common Green Darners are beautiful dragonflies with transparent wings. They are large specimens that are common throughout North America and are thought to be somewhat migratory. They are members of the family Aeschnidae, a group of giant darners that have flight speeds one wouldn't expect from such a large and heavy-looking insect. They are most recognized by their striking green coloration. The male features blue along the sides of the abdomen while the female is a greenish-gray. The male also has an eyespot on the head, giving it the appearance of a cyclops. Younger males may not yet have the blue coloring and may appear more like a female.

Common Green Darners are almost always found near water sources. Females will slightly bend their abdomens over water and insert an egg, one-at-a-time, into the stem of an underwater plant. The eggs hatch and young naiads (juveniles) emerge, looking more like tiny lobsters than darners. They live underwater and feed on tadpoles, other aquatic insects, and tiny fish until they grow and develop. The naiads then crawl out of the water and morph into their adult forms. Adults eat mosquitoes, flies, midges, wasps and other flying insects, helping to control the population sizes of insects that many people consider pests. 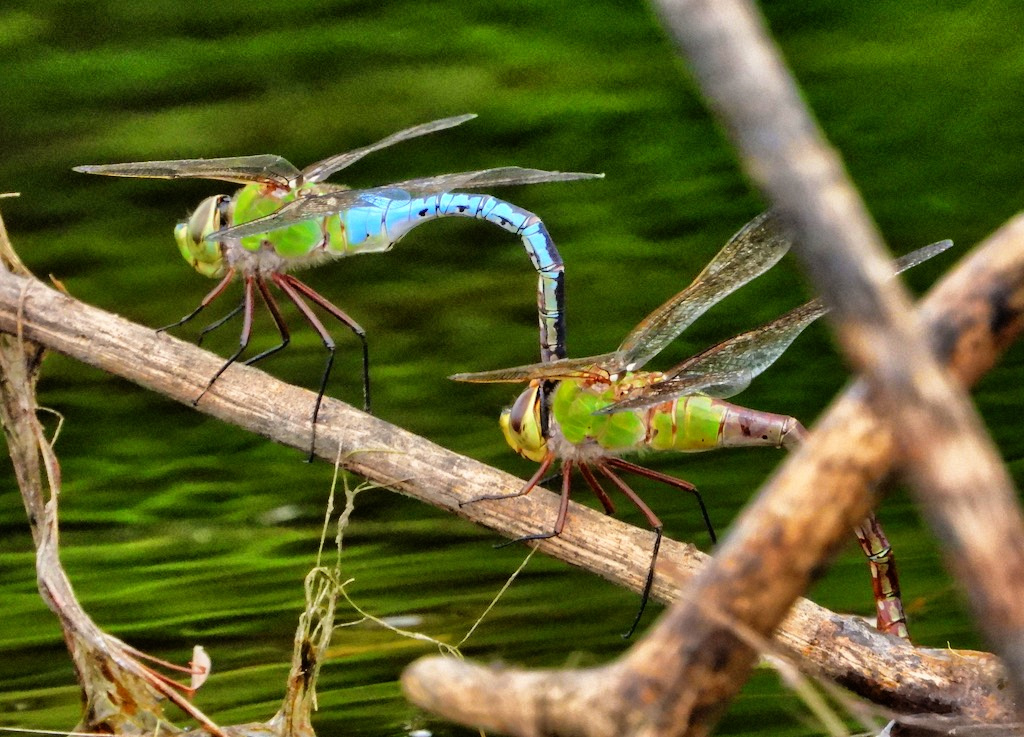