SHE LIKES BUGS - An Eastern Phoebe perches - ready to launch after bugs she catches in mid-air. Phoebes are small fly-catchers that build nests on man-made structures. The Phoebes that come back to our yard every year use the same nest on the back of the carport. 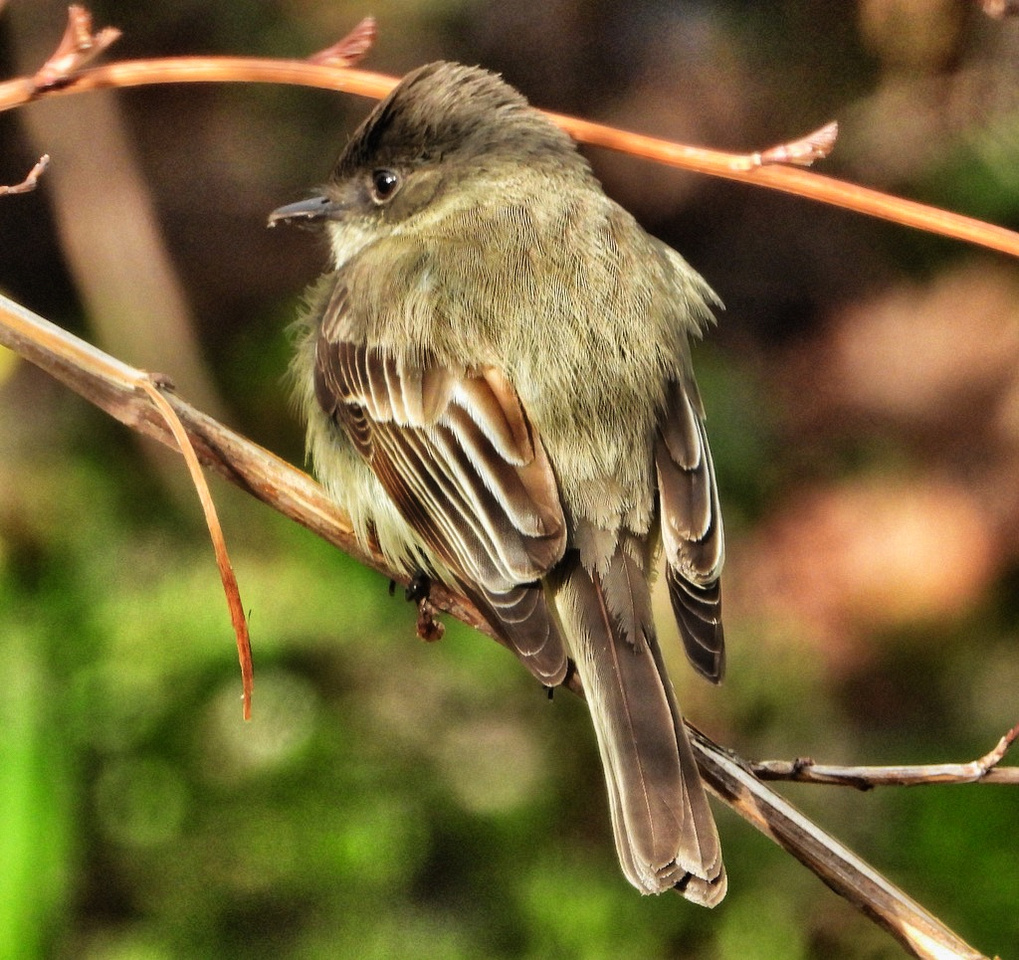 RELAX, KICK BACK - This Painted Turtle stretches his hind legs out to relax on the beaver pond. Sunny days are for relaxing ;-) 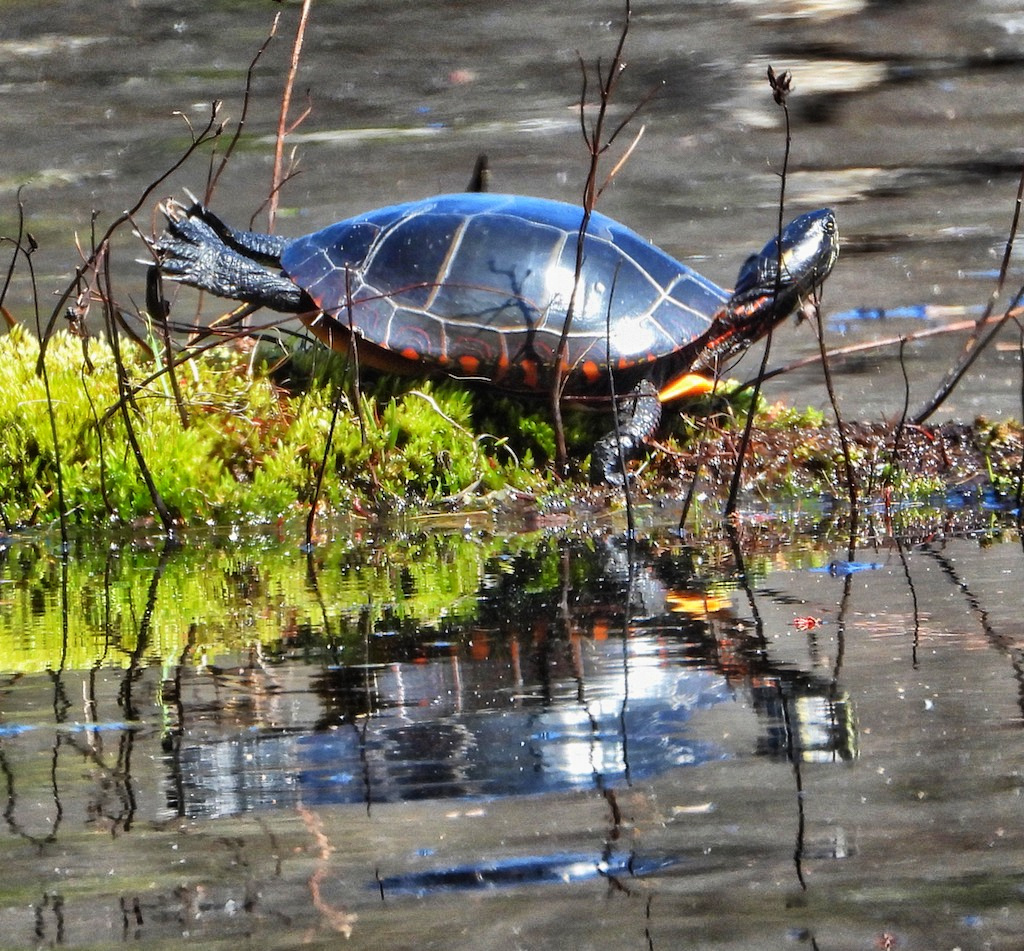 WHEW!!! - Male Ruby-throated Hummingbird rests after his first showing of the season in New Hampshire yesterday. The males always arrive first - and this one came a couple of days earlier than last year. 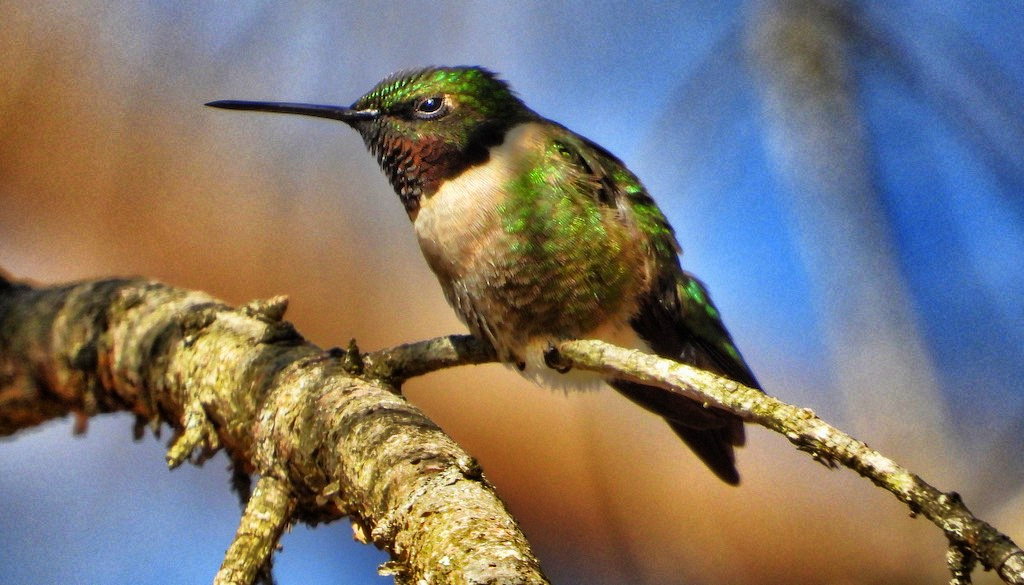 SLIGHTLY IRIDESCENT - A Common Grackle struts in the sun.  Grackles look all black until the sun strikes, giving their feathers an iridescent glow. Iridescence (also known as goniochromism) is the phenomenon of certain surfaces that appear to gradually change color as the angle of view or the angle of illumination changes. The iridescence of Grackle's feathers comes from the interaction of light waves with the microscopic structure of the feathers so that only certain wavelengths are reflected. 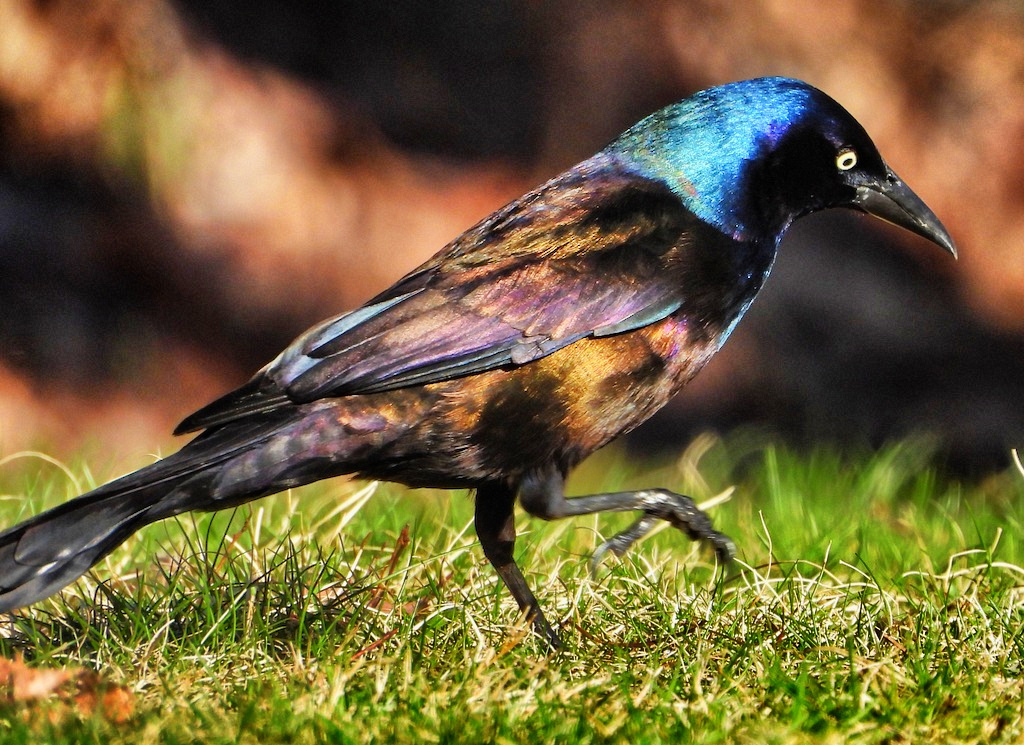 ROCKIN' ROBIN - Early colonists in North America called this bird "robin" because it has a reddish breast like the European Robin they knew from home. The two species are not closely related but the name stuck. 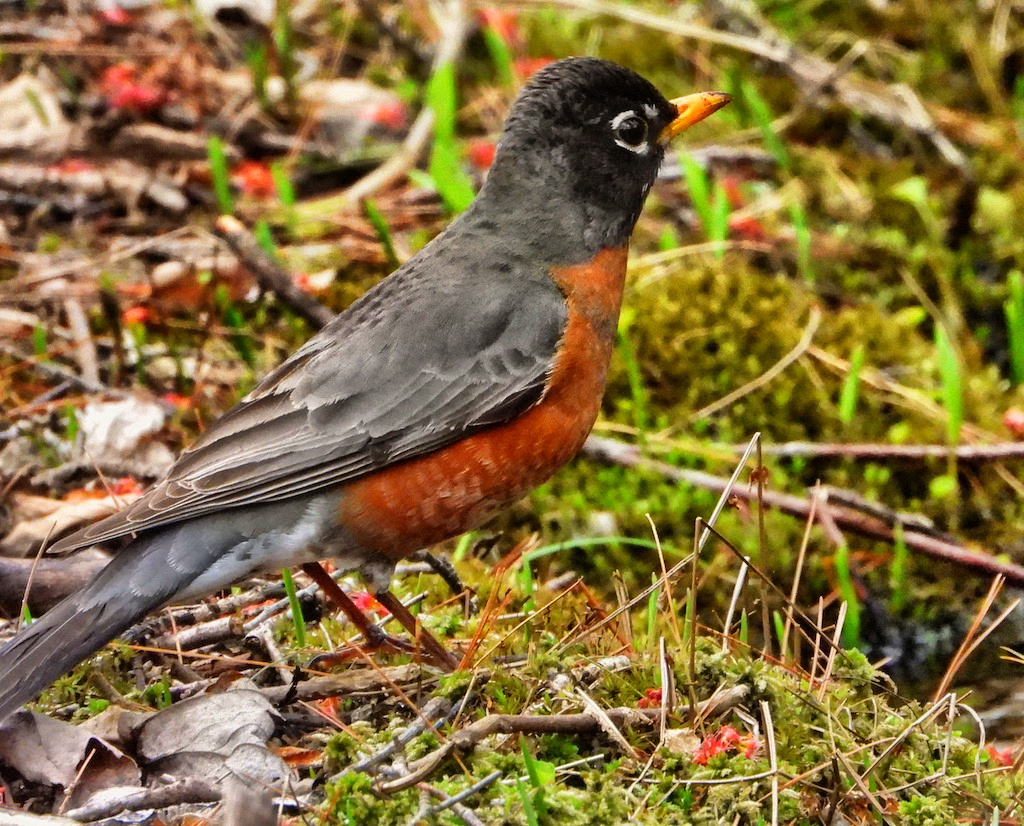